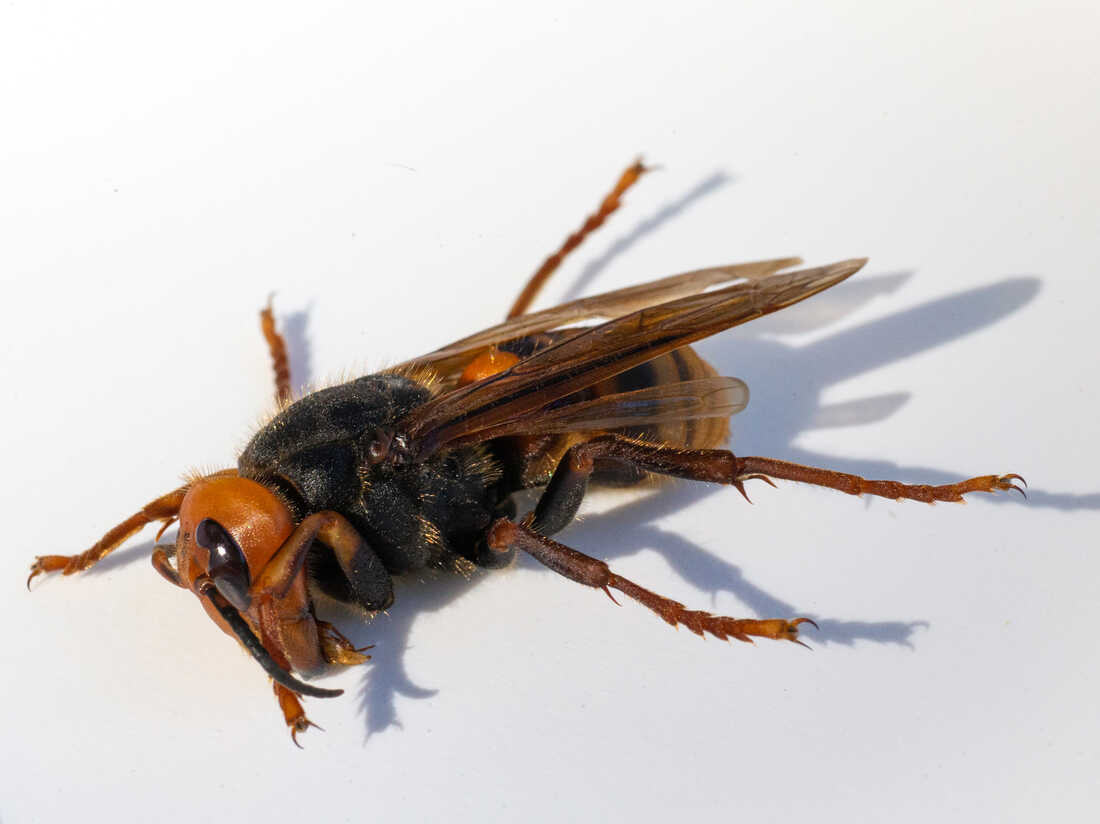 A sample specimen of a dead Asian giant hornet, also known as a “murder hornet,” from July 2020 in Bellingham, Wash.

The first live Asian giant “murder hornet” of 2021 has been spotted in Washington state — and it was caught in the act of living up to its name, attacking a wasp nest.

Entomologists on Thursday confirmed the report of Vespa mandarinia — the world’s largest hornet and a worrisome invasive species that originates from East Asia and Japan — by a person in a rural area east of the town of Blaine, south of Vancouver, British Columbia, near the Canadian border. 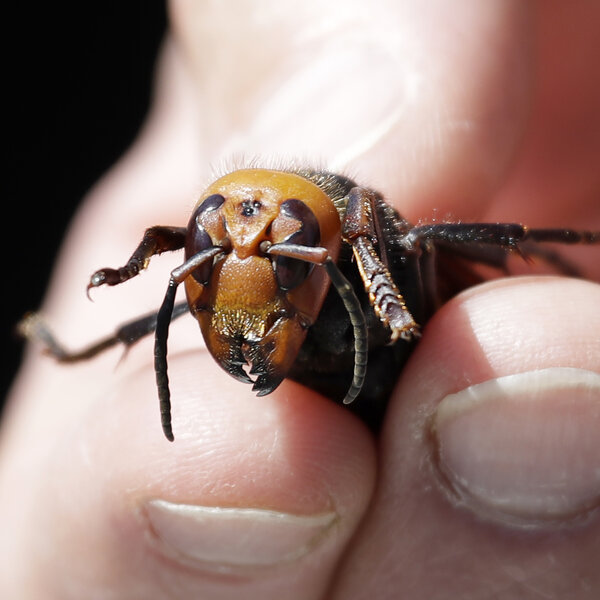 The location of the sighting confirmed on Thursday is only about 2 miles from where the first Asian giant hornet nest was eradicated in October.

In June, a “slightly dried out, dead specimen” of the hornet was discovered on someone’s lawn in the town of Marysville, Wash., north of Seattle and about 60 miles south of Blaine.

While technically the first sighting of 2021, agriculture officials said at the time that because murder hornets don’t typically show up until July, the hornet in question was probably left over from the previous season.

While the paper wasps being attacked by the Asian giant hornet in the latest sighting might disagree, honeybees probably have more to worry about, the state agriculture department says.

“These hornets may attack honey bee hives in the late summer or early fall,” the department’s news release says. “A small group of Asian giant hornets can kill an entire honey bee hive in a matter of hours.”

Nobody knows quite how Vespa mandarinia came to America, but since 2019, there have been several sightings in Washington state.

The hornets’ toxic venom and large stingers are known for killing dozens of people each year in Japan and China, according to National Geographic. But so far there have been no reported deaths in the United States.

In any case, the department is interested in tracking the insects, and Spichiger advises: “If you have paper wasp nests on your property and live in the area, keep an eye on them and report any Asian giant hornets you see. Note the direction they fly off to as well.”