We had a great turnout of entries for the 2021 TBA Honey Show. Thank you to everyone that entered, to the TBA Honey Show Chair, Robin Young, all the judges, and all the Honey Show volunteers.

3. If you need more information, please contact the DSHS PSQA Unit at 512-834-6670 or foods.regulatory@dshs.texas.gov.

If you operate a business, searching for tax deductions is probably something that becomes a part of your daily regime as the April 15th deadline approaches each year. In case your business is or includes some form of transportation, however, there is a good chance that you ran into specific deductions for vehicles weighing over 6,000 pounds. If not, this will be an opportunity to learn the basics of this seemingly complex tax benefit that millions of taxpayers are unaware of. So, how much are you allowed to take as an expense on heavy vehicles placed in service? 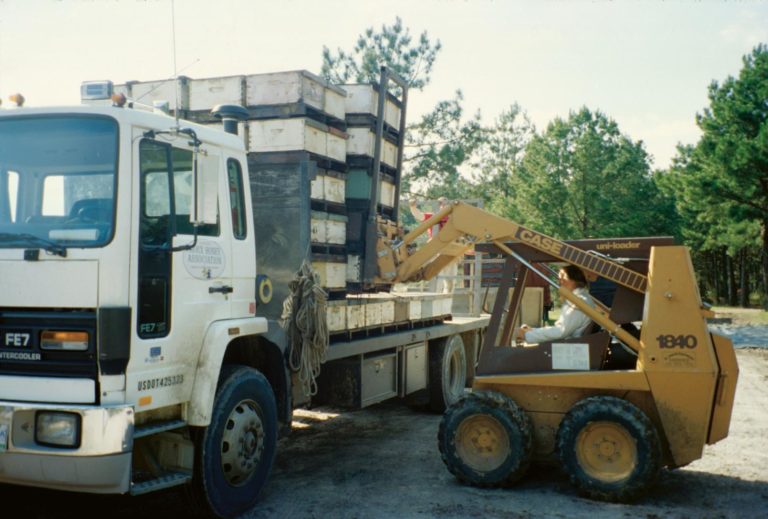 The easiest way to get some money back is to rely on something known as accelerated depreciation. In general, the IRS allows your business to deduct $1 million worth of Section 179 deductions in any given tax year. While this is subject to a slew of strict requirements, it remains one of the most beneficial tax breaks that a business relying on heavy assets could get. Before getting into the various limits, let us analyze the exact types of assets that are eligible under this category:

Once you get past those first few requirements, you will drill down into the details of the asset to truly ascertain if you can deduct it or not. Those details are based on determining whether the asset is:

The maximum deduction that you can claim under Section 179 is $1 million.

See the rest of the story:  https://www.gettaxhub.com/tax-deductions-for-vehicles-over-6000lbs/
**Please note-this article is a general outline. You should talk with a tax professional for advice for your company.**

by Kathy Grube, University of Cambridge       Published in Phys.org 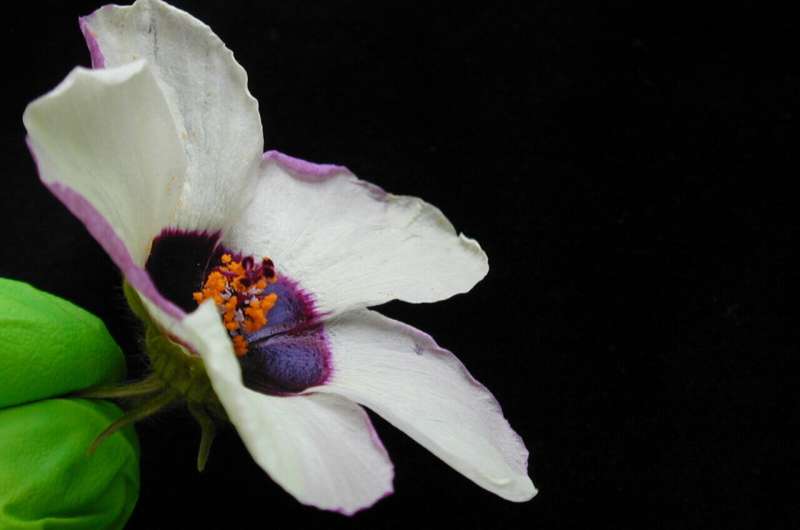 Striations start to form in the cuticle on the adaxial side of the proximal (purple) region of the Hibiscus trionum petal during early stages of bud development and are fully established by the time the flower is fully developed. Credit: Chiara A. Airoldi.

In civil engineering “buckling” is a dirty word with the buckling of beams and columns leading to mechanical failure—and is something that engineers want to avoid.

But for some plants, buckling is being employed to advantage.

Flowers use several different strategies to lure pollinators. Chemical color from pigments is just one of these strategies and recent research is finding that iridescence could be just as important for attracting pollinators like bees.

This optical effect is produced by an intricate pattern of nano-scale ridges on the surface of petals that diffract light to cause iridescence, like that seen on the surface of CDs or soap bubbles, but how the plant develops these ridges was not known.

Research from the University of Cambridge has demonstrated that plants employ buckling to precisely alter the deformation of the surface of petals in hibiscus flowers. The findings are published in Cell Reports today.

“The petal striations on hibiscus flowers develop during petal growth, and Professor Beverley Glover’s team, who were the first to discover the iridescence properties in flowers, suspected that they may be caused by mechanical properties as the petals expanded”, said Dr. Sarah Robinson in the University of Cambridge’s Sainsbury Laboratory and lead of the research.

Working with members of Professor Glover’s team, Dr. Robinson was able to test this model by using a robotic system, called ACME (automated confocal micro-extensometer) that she had earlier developed to measure mechanical properties in plants. They applied a specific force to stretch immature hibiscus (Hibiscus trionum) petals that had not yet developed striations to see if it was possible to mechanically induce the patterns. “The ACME developed by Dr. Sarah Robinson gave us the unique chance to investigate if Hibiscus striation patterns could be mechanically induced.” said Dr. Chiara Airoldi, in the University of Cambridge’s Department of Plant Sciences and first author.

“We saw striations appear almost instantaneously when a mechanical stress was applied. This told us that it was buckling that was causing a wrinkling of the petal surface and not a slower biological process.

The buckling occurs in the cuticle, which is a waxy surface covering made up of two layers. It is these two layers with different mechanical properties that makes the buckling possible.

“Using buckling theory we postulated a model and recreated the experiment. This allowed us to illustrate why some cuticles wrinkle and others do not, emphasizing the role of layers.” said Dr. Carlos Lugo, in the University of Cambridge’s Department of Plant Sciences.

“Using cryo-SEM (scanning electron microscopy) fractures we have been able to show that the cuticle that striates has two physically distinct layers. We are further investigating the development of hibiscus petal striations through a combined approach of mathematical modeling and measurements of physical properties of the layers,” said Dr. Airoldi.

An estimated 35 percent of the world’s crop harvest relies on animal pollinators and with pollinator populations in decline, understanding how the relationships and signaling operate between plants and pollinators is of growing importance.

Angelina named the Godmother of Women for Bees

By Web Desk, International The News

Angelina Jolie would return to Cambodia soon to establish the next Women for Bees program in the region of Samlout where she has a home. 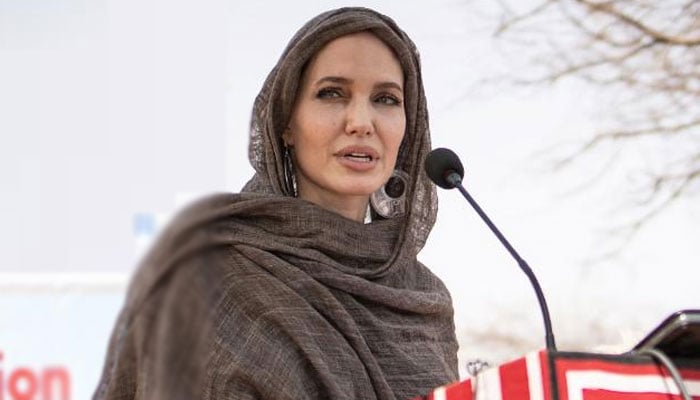 The Maleficent actress feels proud to raise awareness about bee conservation and the importance of investing in women’s education as part of her ongoing partnership with Guerlain.

As an ambassador of the luxury French beauty house, the 46-year-old was named the Godmother of Women for Bees — a female beekeeping entrepreneurship program that Guerlain launched last year in partnership with UNESCO.

“We wanted to make sure there was at least 50x women from 25 biospheres, to understand the biospheres and why it was important to map out and build the team,” she tells People.

Angelina Jolie says it’s “insane” that the importance of it is still being discussed. “It’s angering, really, isn’t it? That we somehow have to keep explaining this — it’s their right.”

On providing education opportunities for girls and women around the world, the Oscar winner said: When a young girl is born, she has the right to education, it’s her life.

The Honey Bee Health Coalition has published a guide detailing how commercial beekeepers are finding success treating Varroa without relying exclusively on off-label chemical treatments. The guide is pivotal to the industry as Varroa mites are already showing signs of widespread resistance to off-label varroacides.

Guide to Varroa Mite Controls for Commercial Beekeeping Operations lays out a vision that addresses the risks of resistance created by off-label use. Widespread resistance to products like amitraz poses a serious threat to the long-term financial health of every commercial beekeeping business. Continuous use of off-label amitraz, with increasing dosages (as it becomes less effective), is likely to cause amitraz to lose its effectiveness, just as other products like coumaphos and tau-fluvalinate have become largely ineffective for controlling Varroa mites.

This guide aims to help commercial beekeepers evaluate a variety of Varroa control methods that can be integrated into a management plan to protect their bees and their business. It highlights the experiences of beekeepers who are having success as they explore alternative strategies to limit their reliance on off-label amitraz and avoid using unregistered products.

In addition to documenting six case studies examining various approaches to Varroa treatment, the guide also reviews the causes and impacts of Varroa mite resistance to varroacides. It also highlights control methods that can be used in an integrated pest management (IPM) strategy or a highly specific, knowledge-driven approach, referred to as precision apiculture.

As AHPA continues to work on behalf of all beekeepers, one of our initiatives is advocating with the FDA in Washington D.C. to update honey labeling guidelines. As part of this effort, we need your help to collect pictures of honey labels from around the United States. Our goal is primarily to find honey that is mislabeled according to current FDA guidelines. Secondarily, we need examples of any labels which misrepresent country of origin or are purposefully confusing to consumers so that we can advocate for positive changes and updates.

Search the App Store or Google Play for “AHPA app”. We need to collect as many pictures from honey on the store shelf as possible. Please take a few minutes to help collect this data.

There are challenges with defining and authenticating honey.

Honey is a deceptively simple product. According to Codex Alimentarius, it is the “natural sweet substance produced by honey bees from the nectar of plants or from secretions of living parts of plants or excretions of plant sucking insects on the living parts of plants, which the bees collect, transform by combining with specific substances of their own, deposit, dehydrate, store and leave in the honey comb to ripen and mature.” The result of this extensive process is a substance that consists primarily of fructose and glucose and, therefore, is prone to adulteration with sugars from other sources. Unlike sugars from other sources, honey contains a variety of vitamins, minerals, amino acids, enzymes, and other micronutrients, which makes it uniquely valuable.1

Honey is much more expensive to produce than other sugar syrups, particularly those from plants such as corn, rice, sugarcane and sugar beets. As a result, there is a strong economic advantage for replacement of honey with other sugar syrups. Honey consistently rates as one of the top five fraudulent food products based on public sources of data (see Figure 1). 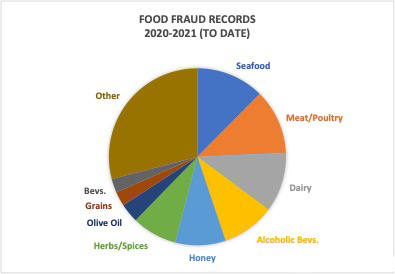 Testing to ensure honey authenticity is not always straightforward.2 Traditionally, analytical methods could detect C4 sugars (from corn or sugarcane) but not C3 sugars (from rice, wheat or sugar beets). Testing methods have evolved, but there are still many challenges inherent in authenticating a sample of a product labeled as “honey.” One promising area of authentication is based on nuclear magnetic resonance (NMR) spectroscopy, which is a method that can identify and quantify a large number of substances in a sample. Instead of trying to detect one particular adulterant, this method allows comparison of the results of a sample to a range of verified honey samples for authentication (similar to “fingerprinting”).

Read the rest of the article here: https://foodsafetytech.com/column/why-is-honey-fraud-such-a-problem/

The Texas Farm Bureau recently sent a letter to the US Congressional leaders and the Texas Congressional Delegation urging the opposition of tax hikes on farmers, ranchers, landowners, manufacturers, businesses, and energy companies, stating the belief that the proposed tax increases to eliminate stepped-up-basis, raise capital gains at death, increase the corporate tax rate, and cap like-kind exchanges (LKE) would devastate Texas’ economy. As a member of the Texas Agriculture Council, the TBA signed the letter in support of Texas landowners and agricultural industries that would be effected by these changes. You can voice your opinion by using this page: https://texasfarmbureau.org/advocacy/voter-voice/ or by reaching out to your representative: https://wrm.capitol.texas.gov/home.